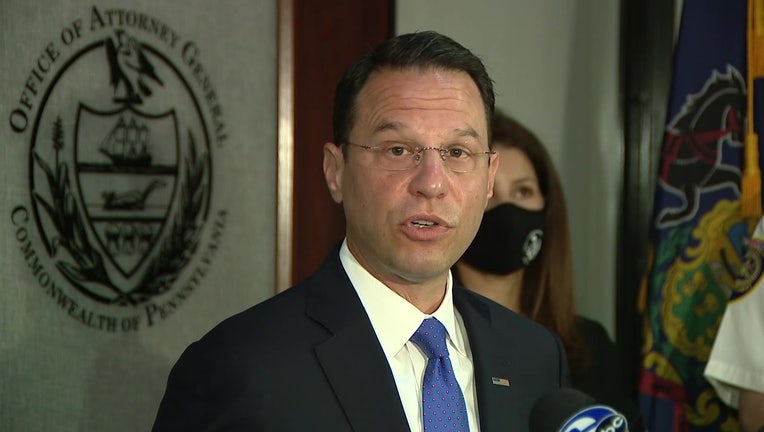 HARRISBURG – Josh Shapiro, Pennsylvania’s Democratic nominee for governor, has smashed the state’s 2-decade-old campaign spending record as he competes against Republican Doug Mastriano, who was on track to spend less than a tenth as much.

The race between Shapiro and Mastriano may test how powerful that campaign spending is in one of the nation’s highest-profile races for governor. One candidate has spent more money than any other gubernatorial nominee ever in Pennsylvania, and the other has spent less than any other in at least the past two decades.

The money raised by Shapiro has enabled him to run TV ads every day dating to April, helping him lead in polling since the race began. In recent days, Mastriano began running his first TV ad since he won the GOP primary in May, even as he complains that the national party isn’t coming to his help.

Mastriano still predicts victory and touts his campaign as an unrivaled grassroots operation, but he also acknowledges that he is being hammered in the race for donations.

“There’s a lot of well-meaning people out there that have never run for office or a statewide campaign that have all this great advice: ‘You need run more TV ads,’” Mastriano told a conservative radio show host on Friday. “OK, that’s a great idea, how about if you donate and help us do that?”

All told, Shapiro has outspent Mastriano by 16 to 1 in the 2021-22 campaign cycle, according to campaign finance filings through the state’s latest reporting deadline of Sept. 19.

Shapiro has reported $44 million in spending, including in-kind contributions, eclipsing the 2001-02 campaign spending record set by Democrat Ed Rendell of just under $42 million. He still has weeks left to add to that total.

Mastriano, in turn, has reported spending of less than $3 million. Shapiro reported having $11 million still in the bank; Mastriano reported $2.6 million.

The spending imbalance is at least in part explained by Shapiro’s fundraising prowess and deep connections to party donors.

But also, it is explained by Mastriano, a political novice who has turned off bedrock GOP donors by campaigning with far-right figures, backing a complete ban on abortion with no exceptions, and peddling conspiracy theories, including former President Donald Trump’s lies of a stolen election in 2020.

Mastriano also was outside the U.S. Capitol during the Jan. 6, 2021 insurrection and was photographed taking video of demonstrators attacking police before he supposedly walked away.

“It’s pretty clear, he’s an extremist candidate,” said Jim Schultz, a Republican campaign fundraiser, strategist and lawyer who supports Shapiro. “It doesn’t surprise me that, one, Republican donors are supporting Josh Shapiro and two, that they’re not giving to Mastriano in any meaningful way.”

Labor unions also have consolidated support around Shapiro, giving him more than $8 million to take on Mastriano, whom they view as an existential threat because of his support for right-to-work laws.

With just three weeks until Election Day, prospects for national GOP support for Mastriano are fading.

Shapiro has reported receiving millions of dollars — more than $5.5 million so far — from the party’s national organization that supports candidates for governor, the Democratic Governors Association.

Mastriano said Friday that he has not seen a dime of aid from the GOP’s counterpart organization, a frequent gripe of his.

His biggest donor is Midwest shipping supply magnate Dick Uihlein, who is a large contributor to conservative causes and gave Mastriano $1 million.