Sam Bankman-Fried invested hundreds of millions of dollars into venture capital funds run by firms such as Sequoia Capital which also backed his struggling FTX crypto exchange, according to documents seen by the Financial Times.

The 30-year-old entrepreneur, who has been seeking to raise billions of dollars in emergency financing, has a $200mn investment in two funds run by Sequoia, the US venture capital investor, held through his Alameda Research crypto trading group.

The revelations shed light on Bankman-Fried’s dealings with blue-chip investors whose support helped lend his business empire credibility before its sudden collapse this week.

FTX raised $1.8bn since its launch in 2019 and was most recently valued at $32bn. The exchange’s rapid fall this past week was driven by concerns about its links with Alameda.

The trading firm, which Bankman-Fried said on Thursday would be wound down, owes FTX $10bn, according to two people familiar with the matter. Alameda’s assets include cryptocurrencies as well as billions of illiquid private equity investments like venture capital funds, one of the people said.

Sequoia was a prominent cheerleader for Bankman-Fried. In September it published a lengthy hagiography of the FTX boss, saying his “intellect is as awesome as it is intimidating”. This week Sequoia wrote its $210mn investment in FTX down to zero and deleted the article.

The California-based firm is among the most successful US venture capital investors and is careful about who it allows to invest in Sequoia-run funds. A person close to Sequoia said the firm had some funds in which the founders it backed could invest. Alameda had invested in different Sequoia funds to the ones that Sequoia invested in FTX. 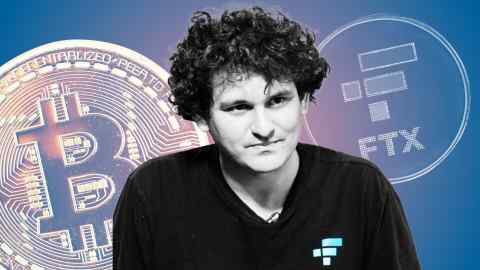 Alameda’s venture capital investments included $60mn in a fund run by Sino Global Capital, $20mn in a Paradigm fund, $10mn in two Multicoin funds, and $2.5mn in an Altimeter fund, according to the documents.

Paradigm declined to comment. It also wrote down its $278mn investment in FTX to zero this week. The other venture firms did not immediately respond to request for comment.

Bankman-Fried’s hedge fund also invested $300mn in K5 Global, the venture capital firm co-founded by Michael Kives, according to the documents. Messages revealed during billionaire Elon Musk’s court battle over his acquisition of Twitter this year showed Kives texting Musk to suggest Bankman-Fried as a co-investor in Twitter. K5 did not immediately respond to a request for comment.