Some retail observers claim legal marijuana is the next big thing. Constellation Brands, a global beverage alcohol company, has dumped best-selling wine brands and invested billions in cannabis in the U.S. and Canada.

Meanwhile, 39 states and the District of Columbia have legalized either recreational or medical marijuana amid almost constant attempts in Congress to remove federal banking restrictions.

So it’s only a matter of time before legal weed is readily-available online, yes?

“It’s still a controlled substance federally, and as long as that is the case, there is no interstate commerce,” says attorney Rebecca Stamey-White, a partner with Hinman & Carmichael in San Francisco, whose clients include legal marijuana retailers. “That’s where online is challenging. So what happens has to be determined on a state-by-state basis, and it’s going to be different for every state.” 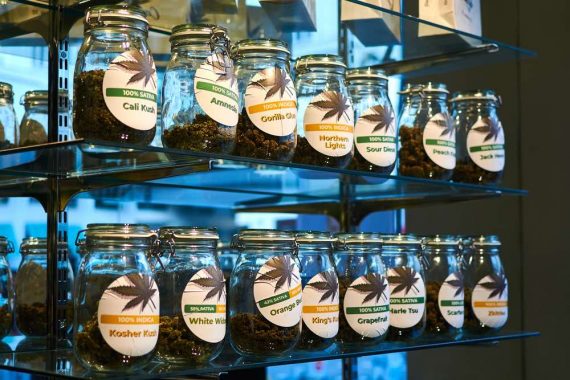 Federal law in the U.S. classifies marijuana as a controlled substance, preventing its sale across state borders.

Given the obstacles, the question is not when retailers can sell legal weed on the internet but whether it can be sold at all, says Stamey-White.

So what do ecommerce retailers need to know to make sense of all of this?

Medical versus recreational. The first is the difference between “medical” and “recreational.” The former requires a doctor’s prescription. It’s used to treat disease — glaucoma, for instance — and sold through a state-licensed dispensary.

Not all physicians are willing to prescribe marijuana. States may have different prescription requirements or approved marijuana-treatable diseases. If it’s not possible to buy Allegra-D or Claritin-D online, it likely won’t be for medical marijuana.

Marijuana versus alcohol. The second need-to-know is best compared to selling alcohol, though with much more stringent regulation. Typically, though, non-medical weed is sold through state-approved retailers and only for “adult” use as the state defines that term.

The licensed retailer must meet various criteria — which differ among states — including limits on how much can be purchased in one transaction and over time.

Retail employees must be certified by the state — a key difference with alcohol retailers in many states — and meet minimum age requirements. It’s possible to sell online, take customer orders, and even deliver in some instances — with the caveat that the retailer must be state-licensed, use certified employees, perform age and ID verification, and be willing to complete the necessary paperwork. Few, if any, ecommerce merchants meet those requirements.

The U.S. government still classifies marijuana the same as heroin and LSD, despite attempts in Congress to make it otherwise. This means marijuana can’t be sold or transported over state lines, only within the same state where it is legal.

Stamey-White shared no timeline on when and if that could change. The last five Congressional attempts to reform marijuana laws have failed, owing to decade-long resistance among legislators with little support from the White House.

Hence licensed retailers who take online marijuana orders must collect only cash and be comfortable with employees handling it.

Marketing. The selling process online is so convoluted, says Stamey-White, that retailers — licensed or otherwise — could sell weed but not related merchandise, such as t-shirts, caps, and hoodies.

Most legal marijuana states have regulations governing advertising and marketing. Thus a retailer who wants to sell a t-shirt with the store logo or the name of one of its products could run afoul of those laws. It could be legal, but it would probably take a court case to know with certainty.