SHARM EL-SHEIKH, Egypt — One of the greatest challenges in bringing down global warming emissions and enabling the world to adapt to the consequences of climate change is how to shift trillions of dollars invested in initiatives that harm the planet to ones that will help it heal.

The Paris-based International Energy Agency has estimated that some $4 trillion worth of investments in clean energy projects and infrastructure will be needed annually until 2030 in order to meet the 2015 Paris commitment to keep temperature rises to an average of 1.5 degrees Celsius, compared with pre-industrial times.

And an annual $10 trillion is said to be needed to implement the UN’s 17 Sustainable Development Goals by 2030 to 2035 — goals that include climate action alongside improving society in areas such as health, education, increased equality and access to clean natural resources.

Governments will not be able to provide these kinds of funds. According to Moshe Bareket, the outgoing supervisor of Israel’s Capital Market, Insurance, and Savings Authority, annual global government expenditure totals just $30 trillion.

The heavy lifting will have to be done by the financial institutions — the banks and the pensions, savings and insurance companies that invest the public’s money.

For seven years, fellows from the World Academy of Arts and Sciences have been discussing how government and the private sector might work together to redirect these massive sums of money. 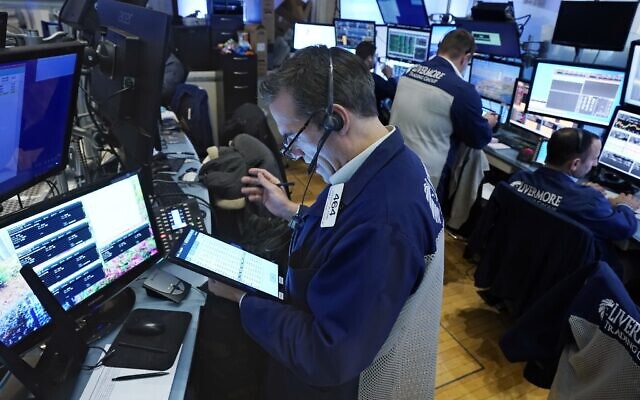 Some of them were present last week at a global financial solution summit organized at the UN COP27 climate conference in Sharm el-Sheikh by Israel’s YK Center, in conjunction with the UN Climate Change Global Innovation Hub.

The session provided a window into some of the ideas being developed by global thinkers.

YKCenter is named for its chairman, Prof. Yehuda Kahane, an expert in insurance and risk management who has devoted himself in recent years to steering progress towards implementation of the UN SDGs.

Despite undergoing a massive stroke three years ago, whose lasting effects include an inability to speak, Kahane, an executive board member of WAAS, has developed a framework for a government sustainability bond, which was presented at the event. 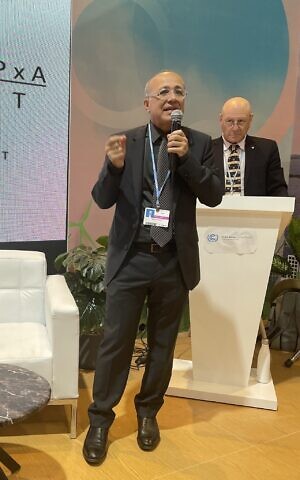 Bareket has built on the idea and advocates replacing conventional national accounting with a National Sustainability Budget that reflects the real costs of global warming emissions, known as externalities. Today, pollution, for example, harms the environment and public health but is not priced. The result is that polluters don’t pay. Rather, it is the government that funds hospitals that treat those suffering from pollution-related respiratory disease.

The whole economy — and calculation of risk and reward — would quickly change if these externalities were measured, their costs calculated and paid for by those responsible, and if governments rewarded positive economic activity with various guarantees, risk-sharing mechanisms and incentives to increase yields, Bareket proposed.

Patel launched Force for Good to look at the future of capitalism. This move has  analyzed the activities of financial institutions representing $170 trillion out of the world’s $400 trillion of gross liquid assets and measured them against the SDGs.

Force for Good is currently identifying a handful of projects — six so far — that it believes can have a massive impact on quality of life, examining how scaleable they are and seeking sources of funding. The projects include affordable housing, mass financial inclusion, education — especially for children, biodiversity, technology and the individual, and a systemic change in the pricing of economic activities to take externalities fully into account. 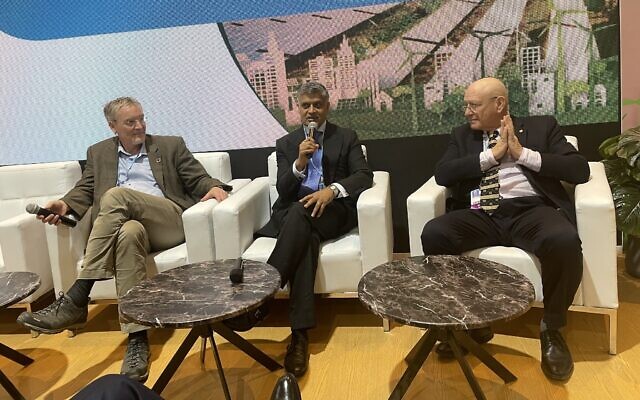 Stefan Brunnhuber, who also spoke at the event, is meanwhile running an initiative at WAAS called the TAO of Finance. This advocates introducing an electronic currency that would run parallel to the conventional currency system and be earmarked specifically to ﬁnance the SDGs. 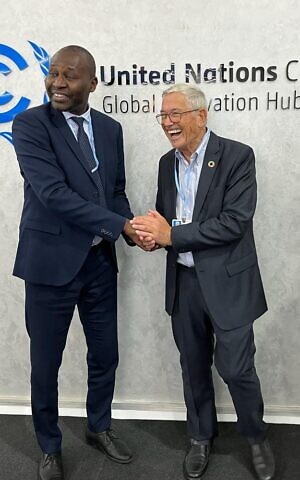 Green bonds have been criticized for greenwashing — claiming, misleadingly, that they are funding projects with positive environmental impacts — and for generating money for projects that would have been funded in any case.

Thioye’s idea, based on blockchain and currently being piloted by companies such as Goldman Sachs, is to create bond portfolios of new green projects (for example, in mass afforestation) and to make them doubly attractive to investors by attaching carbon credits to them.

Carbon credits are permits that are traded between countries or businesses that have found ways to lower or capture and store global warming gases such as carbon dioxide and methane, and countries or companies that need to offset emissions that are hard for them to completely get rid of, in order to lower their carbon footprint.

Governments and companies buying these bonds would be able to claim two things: that they were contributing towards their country’s commitment to help developing nations adapt to the effects of climate change; and that they were offsetting their carbon emissions.

Regarding the former, global leaders have promised, but not yet delivered on, providing $100 billion annually in climate aid to the global south.

Jeffrey Sachs, the guru US economist and former director of The Earth Institute at Columbia University, noted how expensive it was for developing countries to secure loans. He said that out of 82 low or low and middle-income countries, 79 lacked an investment grade (indicating the quality of their credit), which meant that loans were costly because lenders viewed them as high risk.

He proposed that the World Bank and similar regional institutions use their triple A rating to borrow massively and then to lend to poorer nations at much lower interest rates. 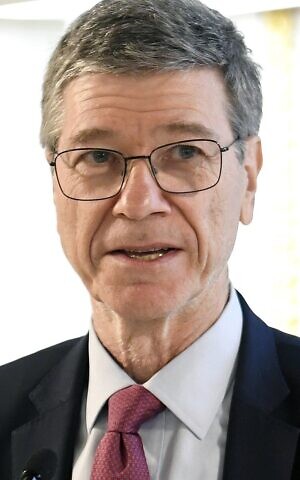 Sachs opined, “There isn’t a problem of finding the money or with the technical side of the what to do. The main problem is power and the decision to do things.”

“When you think about a world that produces $100 trillion of output a year, even $4 trillion is not an unimaginable sum.”

The atmosphere was a “free dumping ground,” he went on, because many politicians in countries such as the US would not anger the dumpers — fossil fuel companies such as Exxon that provided them with funds.

The US was also prohibiting investment in and tech exports to China, because it didn’t want developing nations to be successful, he charged.

The West, accounting for just ten percent of the global population, wanted to continue deciding for the other 90%, he continued.

“The world needs to tell the West that the old game is over…. You tax the free dumping ground, you make a plan for public investment, you expand development finance from the measly $100 billion to a trillion a year through the international organizations you create. You start getting more than 20% of people in the developing world with electricity and digital access. It’s not so hard once you decide to do it,” he said.